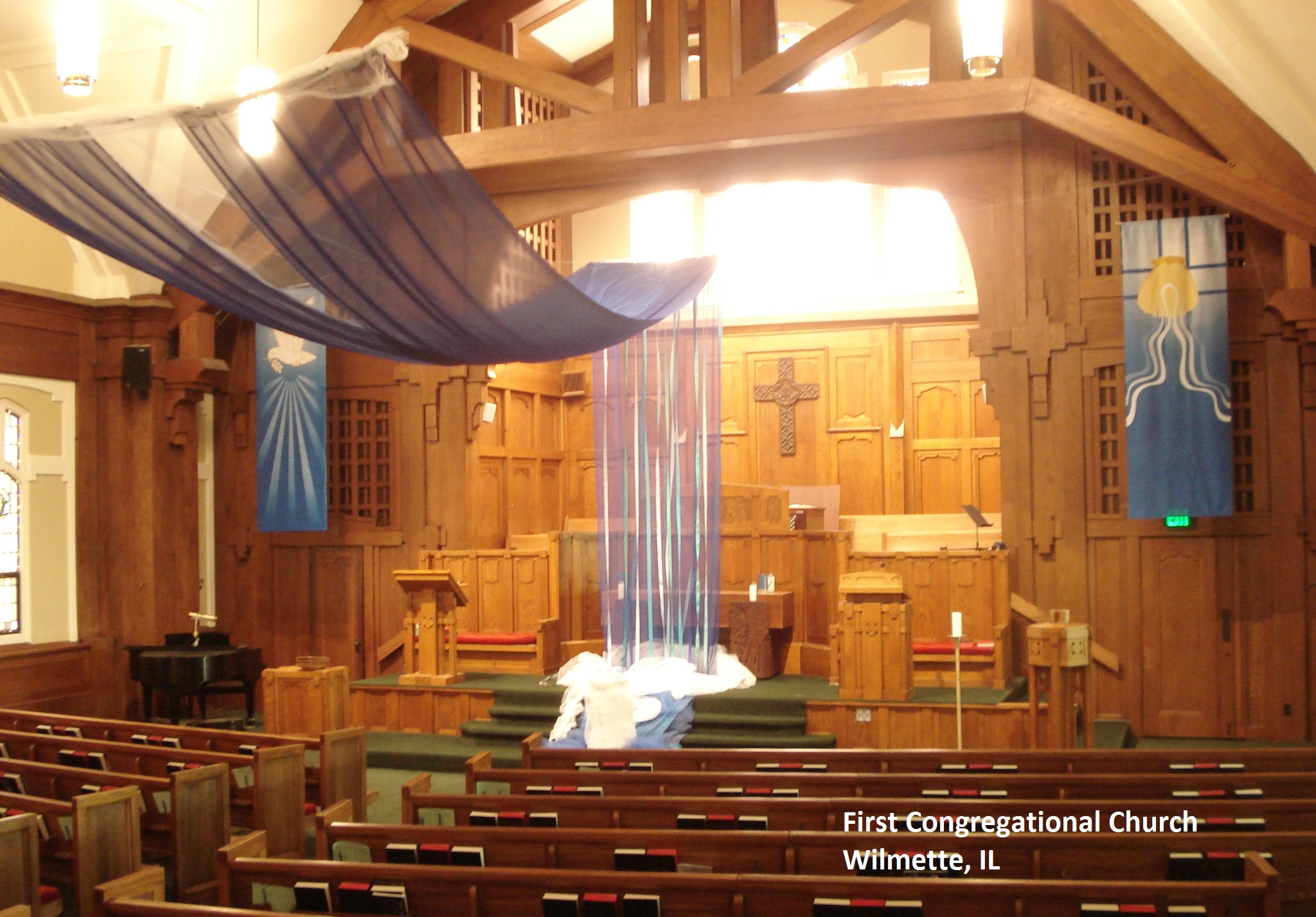 In February of 1998, we installed a custom Rodgers Digital Organ at the First Congregational Church of Wilmette.  Shortly after the organ was installed, Kurt Mockenhaupt was hired as Music Director and Organist.  This concert will celebrate not only the organs’ tenure at FCC Wilmette, but will also celebrate Kurt’s outstanding skill as the organist of this Church.

While many organ companies would not choose to highlight an event on a 20-year-old instrument, I am certain that you will be delighted by the sound of this instrument.  It may interest you to note that this console replaced a custom Allen Organ installed in 1959 which was connected to some chimes (from the former pipe organ) in the rear pipe chamber.  We attempted to re-create the effect of the original pipe organ by placing several custom solo stops in this rear chamber.  This includes a solo Clarinet, English Horn, Festival Trumpet, and new digital chimes.  The organ was expanded several years later with a state-of-the-art digital surround system (including front and rear stereo audio).

Aside from the organ, First Congregational Church is a “treat” for the eyes of anyone that loves arts and crafts architecture.  The church was founded in 1875 and the current building, constructed in 1905, was renovated in 2010. It is fully accessible and a wonderful example of the arts and crafts movement that was prevalent on the North Shore in the 1900’s. It is a truly beautiful worship space.

Kurt Mockenhaupt is the director of music and organist at First Congregational Church. He plays for all worship services, and directs the Chancel Choir and Handbell Choir. With 30 years of church music experience, Kurt served three churches before coming to First Congregational: Granville Avenue United Methodist Church in Chicago, Berry Memorial United Methodist Church in Chicago and St. Timothy’s Lutheran Church in Skokie, Illinois. Kurt holds a Bachelor of Music in Education from DePaul University and taught general music (K-8) for eight years. He is a member of The Agape Ringers, an auditioned community handbell ensemble from the greater Chicago area, and has served on the state committee for Area VIII of The American Guild of English Handbell Ringers (AGEHR).