CANCELLED Due to COVID 19 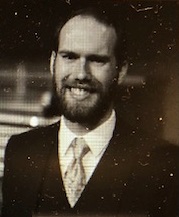 Josh is currently a DMA candidate for Organ Performance and Pedagogy at the University of Iowa (UI), where he also earned his Master’s of Arts in Organ Performance with a 4.0 GPA. Studying organ with Gregory Hand, Josh has been a recipient of a Rahn and Frawley Organ Fellowship from the UI School of Music since 2017. Josh has performed at the Cologne Cathedral in Germany as well as in the Netherlands, Brazil, and across the Midwest.

Most recently, Josh was a quarter finalist in the 2019 Mikael Tariverdiev International Organ Competition. Josh won the 2019 Organ Scholar Competition at the Immanuel Lutheran Church of Evanston, IL, won first place in the 2018 Young Organists Scholarship Competition from the Fox Valley American Guild of Organists (AGO), is a 2016 recipient of the E. Power Biggs Fellowship Award from the Organ Historical Society (OHS), and has been a recipient of the Kay Hotchkiss Scholarship from the Rockford AGO every year since 2016. Josh has also been featured on the radio program Pipedreams and has performed in masterclasses with such international artists as Olivier Latry, Nathan Laube, Craig Cramer, Stefan Engels, and Wilma Jensen. While a student at Olivet he was also the recipient of the 2012 Walter B. Larsen Award & Naomi Larsen Scholarship, the School of Music’s highest honor.

As a recitalist, Josh Ring is an avid supporter of the Appalachian Service Project. Through his music and performances, he raises moneys to support the ASP mission: to make homes warmer, safer, and drier in the Appalachian area for low-income families. More information about ASP can be found at: ASPHome.org.

A recent project includes the 2018 AGO Student Commissioning Project. Josh was selected by the AGO to collaborate with composer Joshua Malavé on a new composition for organ solo. Last year Josh premiered Boricua written by Malavé and performed it numerous times across the Midwest.

On July 27, 2019, Josh married his best friend Abby, a Spanish teacher at Kankakee High School. They enjoy spending time with friends and family, playing board games together, and exploring the outdoors. Josh is a member of the AGO, OHS, and ASCAP. More information, compositions, and recordings can be found at www.JoshRing.com.