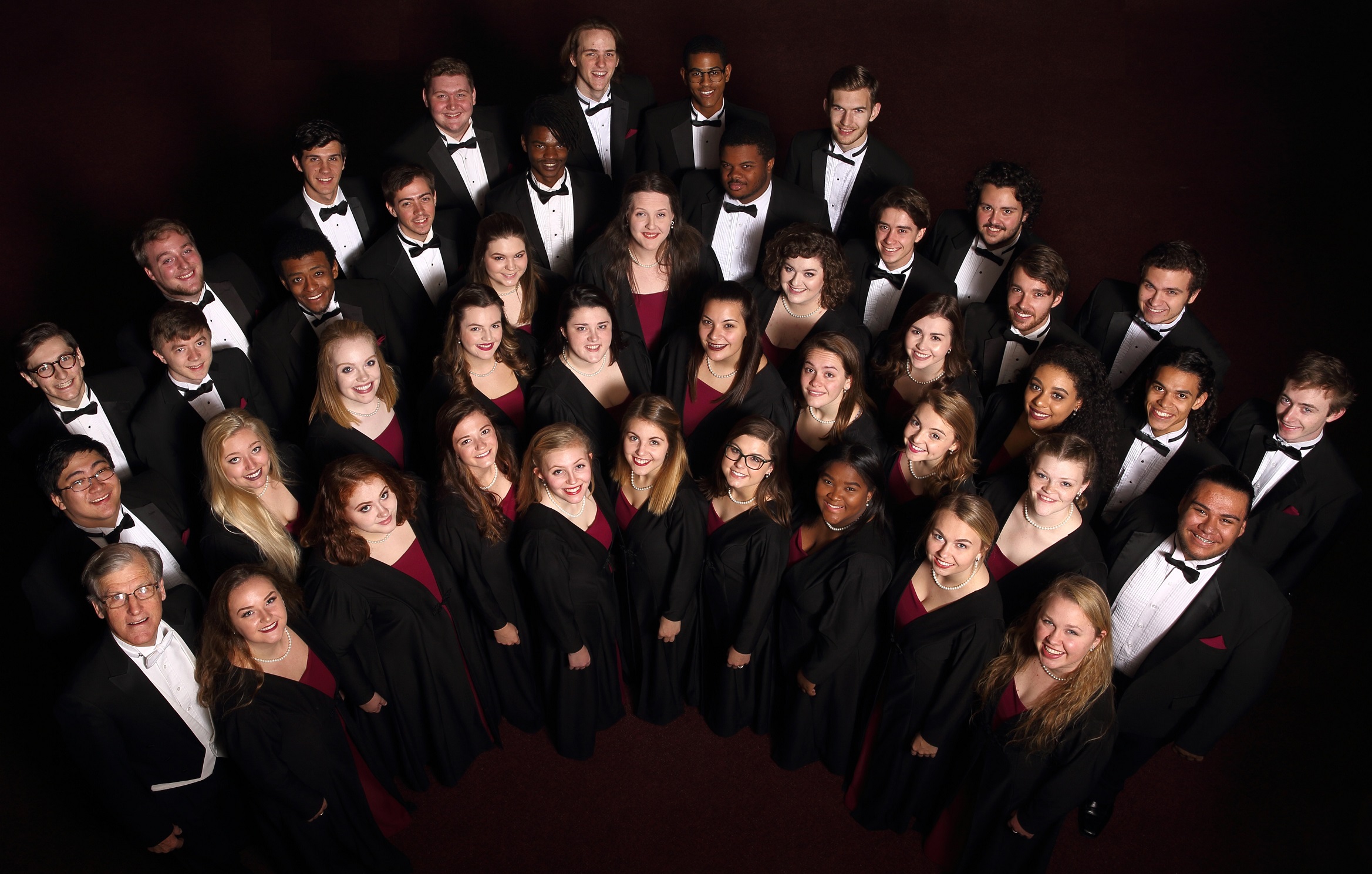 The flagship of the Millikin choral fleet, the University Choir features 43 upper-class students from a variety of majors. Membership in the choir places high demands on students who travel extensively throughout the United States representing the university in a variety of settings. In recent years, the choir has also toured internationally to Spain, Ireland, Scotland, England, China, Taiwan, Haiti, Puerto Rico, and the Dominican Republic. The Millikin University Choir has gained national recognition, due in part to six invitations to perform at national and regional conferences of the American Choral Directors Association (ACDA). Their performances have fostered new conversations in response to their approach to tone, style and programming. The choir has six recordings on Millikin’s FirstStep Records label.

Dr. Brad Holmes is the Director of Choir Programs at Millikin University in Decatur, IL. Prior his appointment at Millikin, Dr. Holmes was Associate Director of Choirs at Luther College in Decorah, Iowa. During this time at Millikin, Dr. Holmes has overseen the growth of the choral program to four traditional choirs and a variety of smaller vocal ensembles involving more than 250 students and a nationally recognized choral staff. Choirs under his direction have sung in every state but Alaska. The more than 300 festivals and workshops conducted by Dr. Holmes include All-State choirs, regional ACDA honor choirs, district festivals and church music clinics throughout the United States. Internationally, his choirs have toured to 35 countries. He was a Visiting Fellow at Cambridge University for two academic terms, working primarily with the Choir of Clare College. He returns to England frequently for conducting engagements and choral workshops. Other international guest-conducting opportunities have taken him to Continental Europe, China, Japan, Korea and Taiwan. Dr. Holmes’ compositions are published by First Step Publishing, Santa Barbara Music Press and Morning Star Publishers. Additional arrangements may be found at Bradholmesmusic.com. 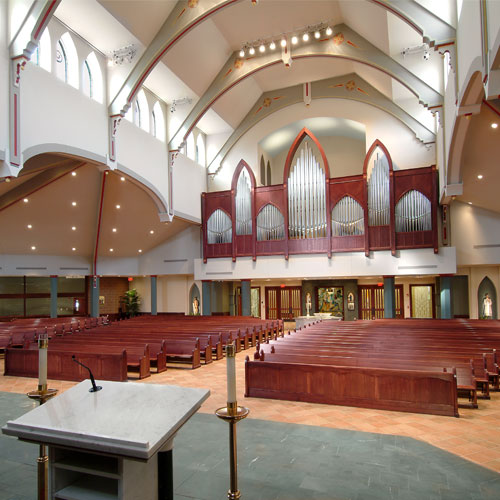 St. Michael Church houses a Rodgers IV-Manual hybrid organ that currently has 39 ranks of windblown pipework and over 100 digitally-sampled pipe stops.  Both organ and choral music sound fantastic in the marvelous acoustic of the worship space.